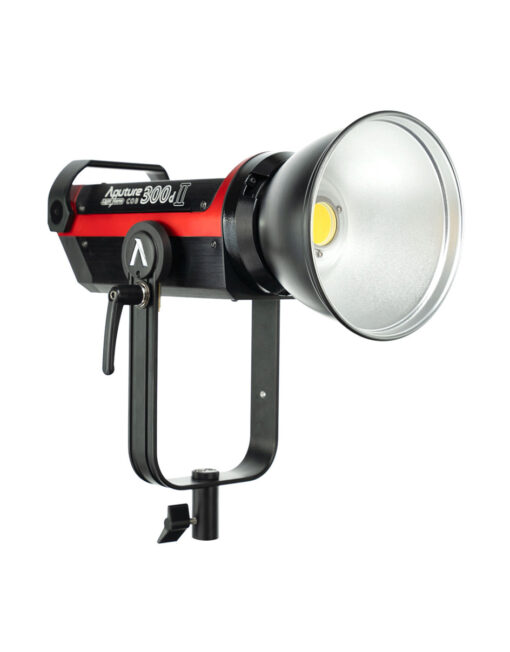 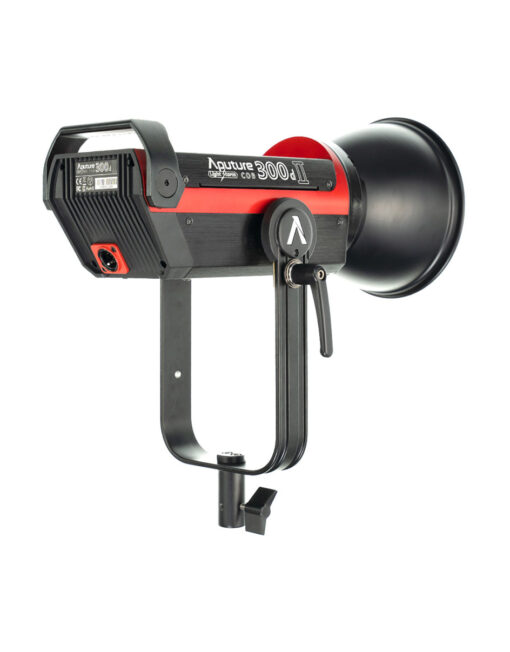 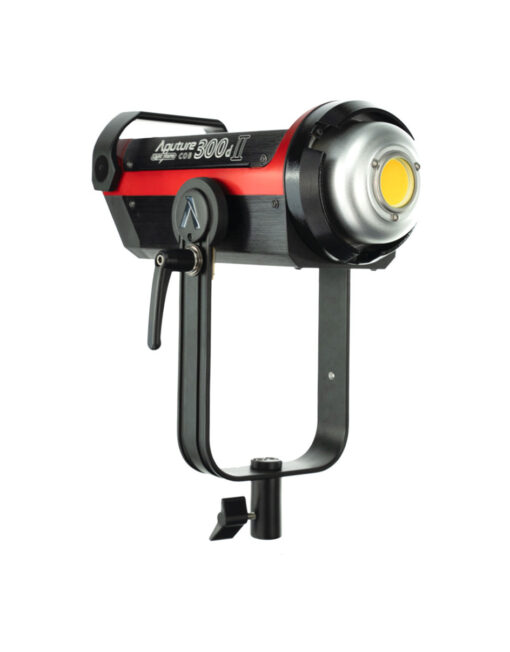 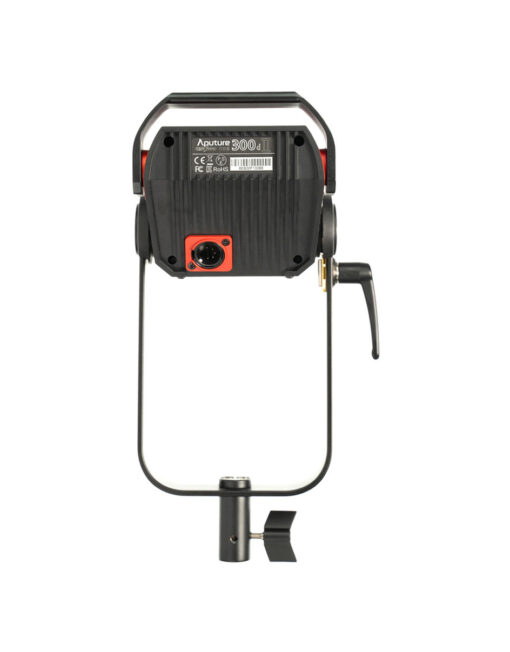 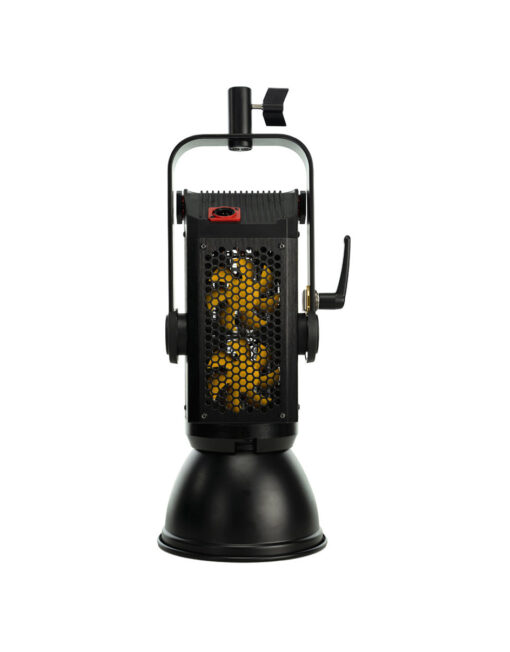 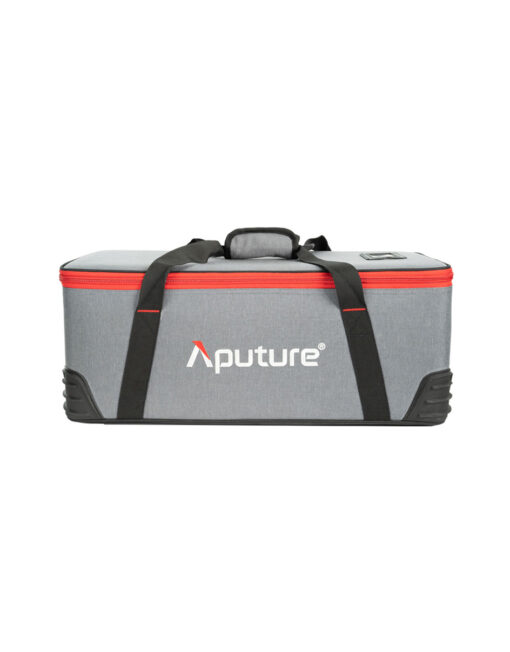 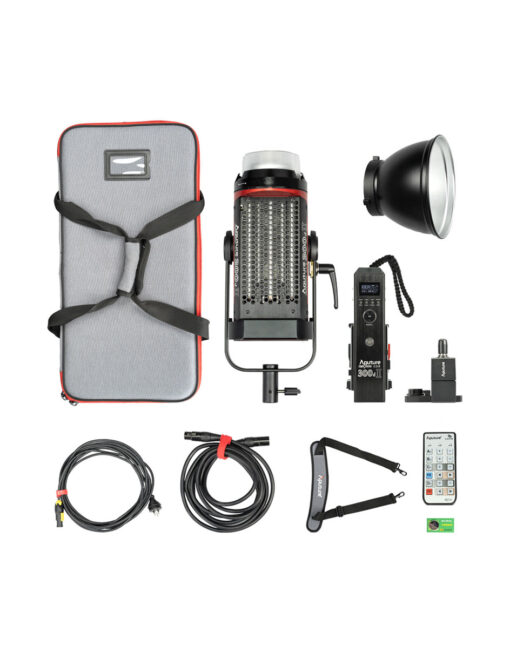 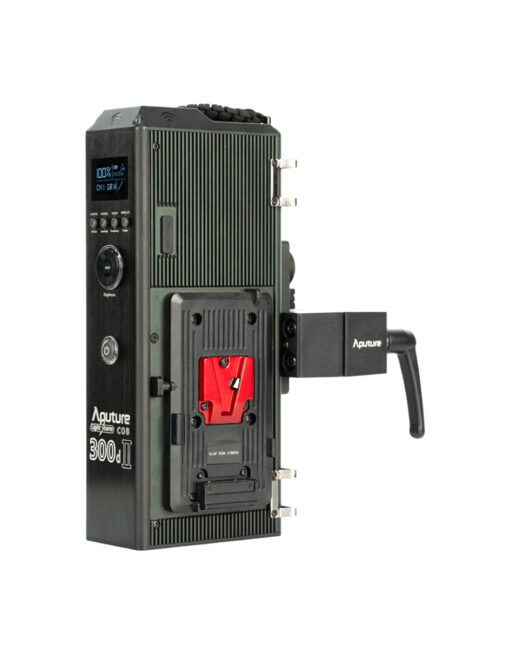 300d Mark II outputs a whopping 20% more light than its predecessor. When combined with the Fresnel 2X, the 300d Mark II can produce up to 90,000 lux, approaching the luminance of a 575W HMI.

The new yoke allows for 360° of rotation, and when combined with the handbrake locking mechanism from the 120d Mark II, you’ll be able to secure the light in any position, with any modifier.

The 300x also takes a note from the 300d II, by incorporating the same 360-degree adjustable handbrake locking yoke and silent, all-in-one control box design.The 300DII control box is completely silent, composed of aluminum alloy, a built-in antenna, and military-grade paracord strap. It also is the first light to feature the Aputure Quick Release Plate and Clamp, allowing it to securely attach to any stand, truss, or speed rail.

The 300d II features new technology that allows users to power the light using a single battery, at up to half it’s original output. The included 6m Neutrik cable provides a reliable locking power connection, and the optional 7.5m 5-pin XLR gives you the ability to always keep the control box nearby.

With 0-100% dimming control, the 300d II can be used in low-light environments or to overpower the sun; featuring 4 different dimming curves: Linear, Logarithmic, Exponential, and S-Curve.

In addition to the control wheel, the 300d Mark II features DMX512-compatibility, a 2.4Ghz Wireless remote, and the ability to be controlled by our Sidus Link App using Bluetooth 5.0.

The 300d Mark II will be the first app-controllable Aputure lighting fixture. Using Bluetooth SIG mesh network technology, Sidus Link™ allows you to control your lights from up to 400 meters away, by linking multiple lights up to 80 meters apart.

300d Mark II carrying case is composed of durable walls with a soft exterior lining that can support up to 100kg, providing both ample protection and a seat for you on set.